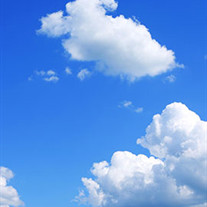 Edward Wojciechowski (Eddie) died in Stony Brook University Hospital, New York on February 17, 2019 at the age of 85. Edward is survived by his loving family including his wife, Frances of Middle Island, NY; children, Peter, Robin & Kevin; siblings, Vince, Angela & Dorothy; 8 grandchildren and 6 great grandchildren. He is preceded in death by his mother, Angela; father, John; brother John; and sister Joan. Edward was born on December 30, 1933.  He proudly enlisted in the Air Force and served in the Korean War receiving the Korean Service Medal, United Nations Service Medal, National Defense Service Medal and Good Conduct Medal. Edward created an instant family in 1963 when he married Frances...and her three young children.  Throughout his life, and until his dying day he worked and fought hard to provide for his family and encouraged, pushed and challenged his children to pursue their goals and be happy in the pursuit. Strong-minded and a much-loved family member; the ever-needed and much-appreciated friend; the die-hard patriot, accomplished mechanic; lover of hot rods, Nascar, Dale Earnhardt, Elvis, country & polka, meat, potatoes, hot buns & butter, light beer and the occasional martini…and painting, playing and laughing with “the favorites”. Services will be held on February 21st from 2:00-4:00 and 7:00-9:00 at Marinello Funeral Home, 493 Middle Country Road, Coram NY. A mass service and funeral will be held on February 22nd.   All are welcome to attend and celebrate Edward’s life.  In lieu of flowers, Edward requested that you make a memorial donation to St. Jude Children’s Research Hospital in his name.  The family would like to thank the entire hospital staff and service providers at Stony Brook University Hospital but most especially the Medical ICU team in 17 South, for their extra-ordinary and incredibly caring efforts, dedication and empathy.

The family of Edward Wojciechowski created this Life Tributes page to make it easy to share your memories.

Customized sympathy cards. Mailed for you.