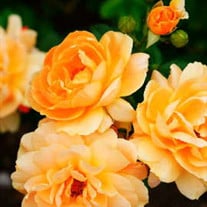 Josefina Ocasio was born in Isabela, Puerto Rico, the youngest of nine siblings to Vincente and Jovita Garcia on January 25, 1918. Her siblings fondly called her, "Fin." At 21, she married Lorenzo Ocasio, a gentleman who wooed her with his “canciones,” strumming his “guitara” while perched upon his dancing stallion. Their union produced three children - Caridad,  Leocadio, and Ruth Celina, née “Crucelina.” Widowed just a few short years after their wedding, Josefina never remarried. She raised her children as a single parent and taught them the values of respect, integrity, honesty, hard work, charity, love, faith, hope, and the importance of family and personal peace. Around 1950, Josefina bravely sought a better life for her little family and embarked on a journey to New York City. Wanting to get established first, she entrusted her children to family for approximately one year and promised to return for them. Josefina fell in love with “The Big Apple.” She worked first as a nanny earning enough money to return to Puerto Rico for her children and bring them back with her. Her children, often recall the “new” and “sophisticated woman” in a suit who had cut off her long tresses to sport a short, but fashionable hair-do. She raised her children in Harlem near 123rd Street and First Avenue and was a faithful parishioner at nearby Holy Rosary Catholic Church.  She encouraged her children to be actively involved in church activities and organizations and to complete their education, since she only had the opportunity to go through to the equivalent of second grade in Puerto Rico. Eventually, Josefina went to work for Siegle’s - a local clothing boutique in Spanish Harlem. She and her boss (the owner), “Charlie,” worked together famously for decades.  It is during her employment there, that she built a successful sales career. “Charlie” often said, “Josie is my best girl.” She retired from Siegle’s in her 60s . Josefina worked tirelessly to support her children but she always had time for fun, especially dancing at the Roseland in New York City, her favorite nightclub. When family from Puerto Rico would come to visit, she would take them and her children to Casablanca, the Broadway casino nightclub, where they would dance the night away. Josefina loved music and live performances and was always ready to see a great show.  Her hard work paid off as she moved out of Harlem to the Bronx and purchased an apartment in Co-Op City where she lived for more than 30 years. There she was a faithful member of St. Michael’s Church and led regular rosaries with friends and neighbors. Later in life, she lived in Middle Island to be closer to her children.  Josefina’s greatest source of pride was her children.  She often said she was “blessed with having the three best children in the world.”  She was proud that they followed her in the Catholic faith and instilled it into their children, that they conducted themselves with respect and dignity, that they were hard working, and "beautiful inside and out."  Once the grandchildren arrived, she was forever addressed as "Granny."  "Granny" was known for being stoic, dignified, fiercely independent, and free-spirited.  She loved her walks along the "green-way" in Co-Op City, summers at Orchard Beach, shopping in Flushing, slot machines in Atlantic City, traveling, and, of course, dancing. But most of all, she loved her family with all of her being -- always available to them no matter the time, no matter the need. "Granny" was called home to her Lord on Monday, December 11, 2017, just one month before her centennial birthday.  She leaves behind her three children, "Cary," "Leo," and "Ruthie" and their spouses Cesar, Aida, and Bob; seven grandchildren, Sandy, "Junior," "Lisita," Wendy, John Paul, "Beckie," and Raquel; 10 great-grandchildren, Michael Joseph, Miguel, Tony, Krystal, Liza-Marie, Daniel, Rachel, Cesar III, and Nicholas; two great-great grandaughters, Kamari and Cruzcelina; a host of nieces, nephews, cousins, and friends, all of whom will miss her greatly.  Bendiciones Granny. Te quieremos mucho. Rest in peace.

Josefina Ocasio was born in Isabela, Puerto Rico, the youngest of nine siblings to Vincente and Jovita Garcia on January 25, 1918. Her siblings fondly called her, "Fin." At 21, she married Lorenzo Ocasio, a gentleman who wooed her with his &#8220;canciones,&#8221;... View Obituary & Service Information

The family of Josefina Ocasio created this Life Tributes page to make it easy to share your memories.

Josefina Ocasio was born in Isabela, Puerto Rico, the youngest...

Customized sympathy cards. Mailed for you.